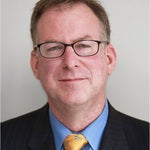 Since the enactment of the Private Securities Litigation Reform Act, Mr. Kaufhold has represented dozens of public companies, directors and officers in securities and derivative matters. These clients have ranged from technology innovators Nokia and Verisign to Fortune 500 companies in the heartland of America, such as Leggett & Platt and FirstEnergy Corp.

Mr. Kaufhold currently serves as co-chair of the Securities Sub-Committee of the American Bar Association Committee on Class Action and Derivative Litigation and as chair of the Bar Association of San Francisco Securities Litigation Section. He has been consistently recognized by his peers as a Northern California “Super Lawyer” in the area of securities litigation, including in the 2009 and 2010 Corporate Counsel Rankings. Prior to founding Kaufhold Gaskin LLP, Mr. Kaufhold served as one of two co-leaders of the 55-attorney national Securities Enforcement and Litigation Group at Akin Gump Strauss Hauer & Feld.

Mr. Kaufhold also represents mobile gaming and national retailers in privacy litigation in California. These representations have included both putative class actions and government investigations. Mr. Kaufhold has also represented software makers and other technology companies in punitive consumer class action litigation and arbitration, primarily with respect to the functionality and advertising of consumer products.

A regular speaker on litigation issues and strategy, Mr. Kaufhold has spoken at programs sponsored by the UCLA Anderson School Directors Training & Certification Program, the National Association of Corporate Directors, the Directors Roundtable, Glasser LegalWorks, the State Bar of California, the Bar Association of San Francisco, Stanford University, UC Hastings College of the Law and the University of San Francisco, among others. He has authored or co-authored articles published by ALI-ABA, Glasser LegalWorks, Daily Journal Extra, National Underwriter and The Review of Securities and Commodities Regulation on business litigation strategy and tactics.

Mr. Kaufhold also handles investigations and trials. He has guided clients through government investigations at the federal, state and local levels with respect to securities, privacy and consumer issues. He has tried successfully civil cases to verdict for both plaintiffs and defendants in California superior courts in Alameda, Riverside, San Bernardino and San Mateo counties. Most recently, Mr. Kaufhold represented a group of approximately 40 California legislators as statutory intervenors before a Three Judge District Court in the Northern District of California and before the United States Supreme Court.

Mr. Kaufhold is a leader in bar association and legal charitable activities. He has served as a director of California Bar Foundation and the Bar Association of San Francisco Foundation. He is past president of the approximately 75,000-member California Young Lawyers division of the State Bar of California and a past director of the Bar Association of San Francisco. Mr. Kaufhold has handled a number of pro bono matters referred from organizations such as the Ninth Circuit Pro Bono Project, Volunteer Legal Services Program and the Cooperative Restraining Order Clinic, among others.