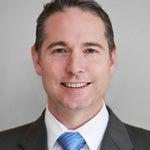 Mr. Gaskin has handled numerous arbitrations and mediations and tried half a dozen cases to successful jury verdicts. He also has extensive experience guiding clients through both government and internal investigations covering issues ranging from whistleblowers to options backdating to FCPA violations.

Prior to founding Kaufhold Gaskin LLP, Jonathan Gaskin co-founded and served as President of Promethean Discovery, a cutting-edge provider of on-demand document review and analysis. Mr. Gaskin also continued to practice law as trial counsel and outside general counsel for select clients. Prior to founding Promethean Discovery, Mr. Gaskin worked with the same team of securities litigators as they practiced at Brobeck, Phleger & Harrison LLP, opened the San Francisco office of Clifford Chance US, and moved to Orrick Herrington & Sutcliffe LLP. He served on the Hiring Committee and as the head of the Summer Associate Program at each of these firms.

Mr. Gaskin received his dual B.A.s in 1996 from the University of California at Berkeley, with high honors. He received his J.D. in 1999 from Columbia University School of Law, where he was a Harlan Fiske Stone Scholar and won the Charles Bathgate Beck Prize. Mr. Gaskin also served as an editor for the Columbia Journal of Transnational Law.

Mr. Gaskin is admitted to practice in the state of California, in the Northern and Southern Districts of California, and in the Ninth Circuit and the Second Circuit.