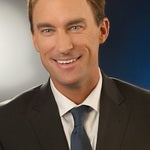 Rick has 20 years of experience litigating major disputes in state and federal courts in California and around the United States.  He has first-chair jury trial, bench trial and arbitration experience and has prevailed as lead partner in major lawsuits in state and federal courts.  He also leads internal investigations, regulatory matters, and other matters creating corporate governance risk.  Rick was was the co-Managing Partner of Ropes & Gray's California offices and was a partner in Orrick, Herrington & Sutcliffe's securities and regulatory enforcement practice.  Early in his career, Rick was a federal judicial clerk for the US District Court in the Southern District of California and first-chaired jury trials for the San Francisco DA's office.

Rick's recent engagements include representation of companies, directors and officers involved in class action litigation, derivative actions, internal investigations, shareholder demands, short seller attacks, alleged trade secrets theft, products liability claims, and regulatory investigations and enforcement actions brought under the federal and state securities laws. He also has significant experience advising boards of directors and special committee members in M&A litigation brought under the laws of Delaware, California and other states throughout the country. He has successfully defeated multiple cases seeking to enjoin proposed mergers, acquisitions and other business combinations involving both public and private companies.  He has been the lead partner on multiple class actions dismissed by federal courts.

Rick has first-chair trial and large-scale arbitration experience in both civil and criminal matters.   He has been named for multiple years in the The Best Lawyers in America and in the Legal 500 for Litigation.